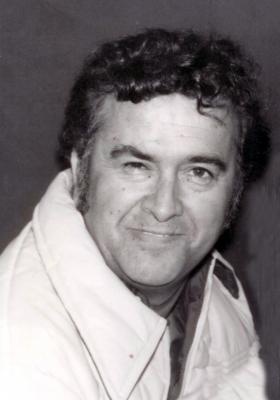 Visitation Information:
Prayer Service will be held Thursday May 9, 2013 at 7:00p.m. at Calvillo Funeral Home.

Obituary:
Prayer services for Tony Joe Romo Sr 78 of Lubbock will be Thursday at 7 PM at Calvillo Funeral Home Chapel. Funeral services will be on Friday at 3 PM at Pathway Of The Cross with Pastor Lauro Hernandez officiating. Burial will be in Peaceful Gardens Memorial Park under the direction of Calvillo Funeral Home and Chapel.

Tony passed away on Sunday May 5, 2013 in Lubbock. He was born on March 19, 1935 in Alpine Texas to late Guatavo and Elicia Romo. He married Margie Loera on July 29, 1954 in Clovis New Mexico. He had owned and operated Tony Romo Upholstery before retiring. He moved to Lubbock from Alpine at the age of 17.


To order memorial trees or send flowers to the family in memory of Tony Romo, please visit our flower store.