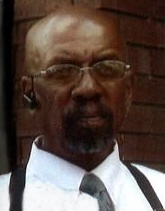 Walter Lee Crockett was born on June 22, 1940 in Lubbock, Texas. He departed from this life on December 5, 2018. Walter attended Prairie View A&M University in Prairie View, Texas. He retired from Oldsmobile Motor Company in Lansing, Michigan. Walter was a self-employed professional landscaper. He received an award from the City of Lubbock for upkeeping the lawn at Calvillo Funeral Home for nineteen years. Walter has received over ten awards for his concern, support and generosity from various organizations. Walter was vice president of the Chapman Hill Association.

2010- Certificate of Application for the support of Easter Seals

2010-Certificate of Appreciation from the National Children’s Cancer Society

2008-2010 Certificate of Acknowledgment from Boys Town

To order memorial trees or send flowers to the family in memory of Walter Crockett, please visit our flower store.