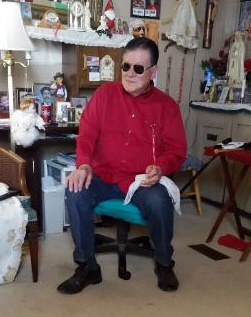 Mr. Lozoya was called to be with the Lord, Friday, December 25, 2020. He was born on August 31, 1933 in Waco, Texas to the late Jose Luis and Refugia Lozoya. Later in life on April 12, 1962 Zeferino, married Jesusita Gauna in Lubbock. He owned and operated S&S Janitorial Services for numerous years, as well as worked for Lubbock Cooper Independent School District for six years. Zeferino was a Christian Catholic by faith, he was a Crusillista and was a Eucaristic Minister for Our Lady of Guadalupe Catholic Church. His doors were always open, and he was always willing to help anyone in need.

He is preceded in death by his parents Jose Luis and Refugia Lozoya; two sons Jose Luis Lozoya and Lupe Gauna.

To order memorial trees or send flowers to the family in memory of Zeferino Lozoya, please visit our flower store.